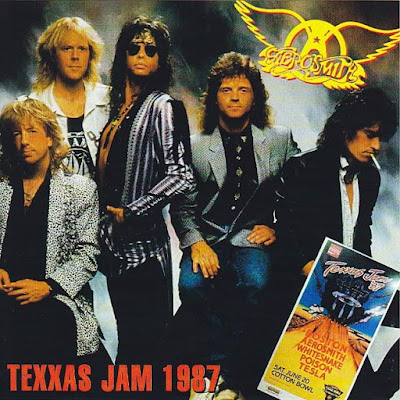 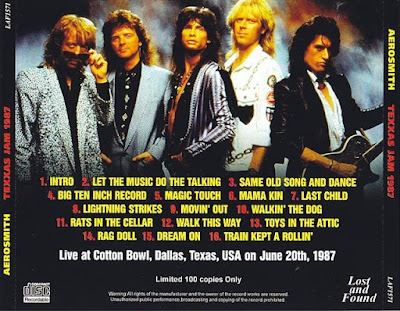 Comments :
Audience recorded
This was an in-between gig and the
transition from "old" Aerosmith to
"new" with the intoduction of song
doctors into the fold. Good gig here
in intense heat. "It's 400 degrees"
one fan says on tape. Seems "Rag Doll"
was played despite protest from Tyler,
sounds a bit rawer than the final Lp
version and the band had yet to devise
an ending! I had a poor sounding
source of this, then later acquired a
better source. You can hear the poorer source for about the first 40 seconds of the show until the better one kicks in.
And some notes from kissaholic2K
who was there after winning a trip
from Boston to the gig...
It was very hot that day around 100 if I recall correctly. Aerosmith was 2nd on the bill behind Boston.They played 2 songs from Permanent Vacation for the first time. It was a very Massachusetts flavored show .