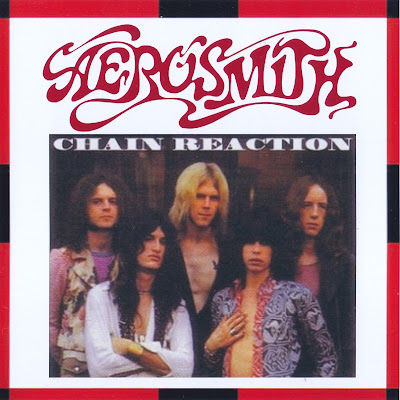 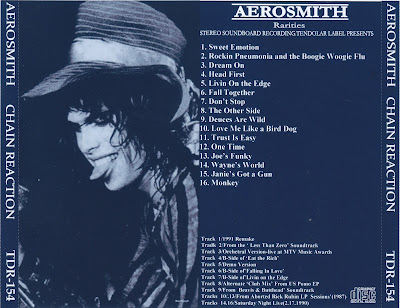 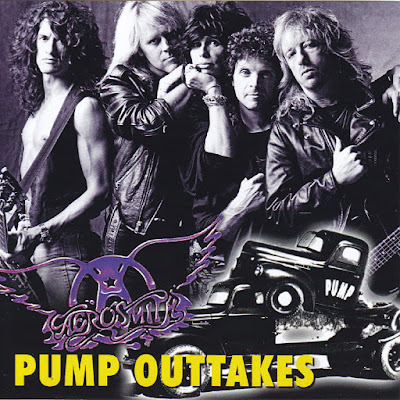 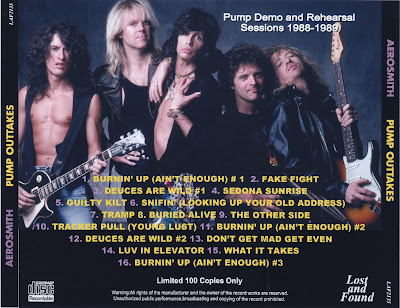 Format : 1 CDR. 16 tracks ~ 59 mins
Label : Lost and Found – LAF2135
Disc :
01. Burnin' Up (Ain't Enough) #1
02. Fake Fight
03. Deuces Are Wild #1
04. Sedona Sunrise
05. Guilty Kilt
06. Sniffin' (Looking Up Your Old Address)
07. Tramp
08. Buried Alive
09. The Other Side
10. Tracker Pull (Young Lust)
11. Burnin' Up (Ain't Enough) #2
12. Deuces Are Wild #2
13. Don't Get Mad Get Even
14. Luv In Elevator
15. What It Takes
16. Burnin' Up (Ain't Enough) #3
Recorded  :
The Original Studio Demos and
Jam Sessions From early 1989.
Comments :
a compilation of demo tapes recorded during their 1989 album 'Pump'. This is not an official release, but
an actual CDr sold privately even with printed artwork.Some of the tracks present here later evolved into the
album final songs, some are ideas never finished, andsomeunreleased - until now - songs.With skilled
producer Bruce Fairbairn and renowned engineers Mike Fraser / Ken Lomas behind the desk, the the
making of Pump took almost 2 years. The recording label and the band wanted a mainstream hit album,
and there were endless pre-production sessions to polish every detail to the extreme.In the meantime,
Aerosmith composed several songs mostly born of studio ideas, then developed into full length songs.
We have here the genesis of tunes like 'The Other Side', 'Don't Get Mad Get Even' and the
megahit,numberonesingle 'Love In An Elevator'.It's fun, every time I hear 'Love In AnElevator' Iremember
Gene Simmons early '80s sentence "You gotta have a proper chorus for a hit song, as example, a song with
the word 'Elevator' on it never will be a hit"...However, the inter
esting tracks on "Pump Outtakes" are the rarities.There's 2 version of 'Deuces Are Wild', an unreleased song
(later included on the compilation Big Ones) but here are different.Also really good is the pre-production of
'Burnin' Up', which later was finally recorded and re-titled 'Ain't Enough' and used as 'Love In An Elevator'
single B-side. We find 3 early versions here.'Fake Fight' and 'Guilty Kilt' rocks bluesy, both never officially
released songs, and there's the cool 'Sedona Sunrise' (co-written with Bryan Adam's partner Jim Vallance);
later properly recorded to be included on the compilation Devil's Got A New Disguise."Pump" is one of
Aerosmith's best albums, loved by the band's both type of fans; the older from the '70s and the newer from
the glossy mainstream sound. It mixes the best of both worlds and that's why its songs are so much revered,
and these 'extras / demos / unreleased' are so much sought after.There's at least 2 versions of this "Pump
Outtakes" CDr, quite rare and even unavailable at well known huge bootleg blogs. The sound quality isn't top notch, but without a doubt this is a must have for Aerosmith fans, completists and rarities collectors. 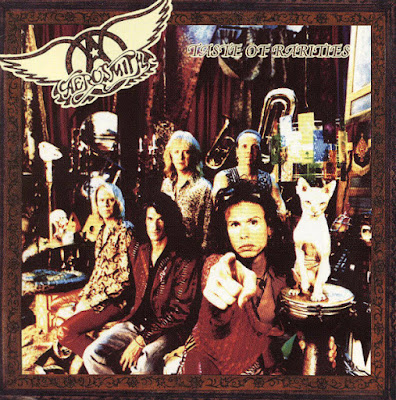 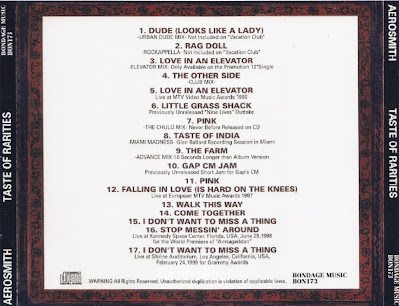 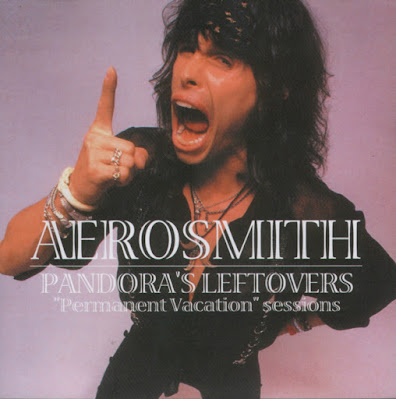 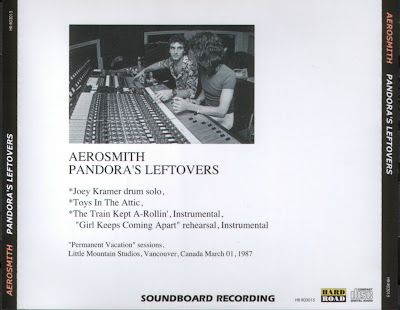 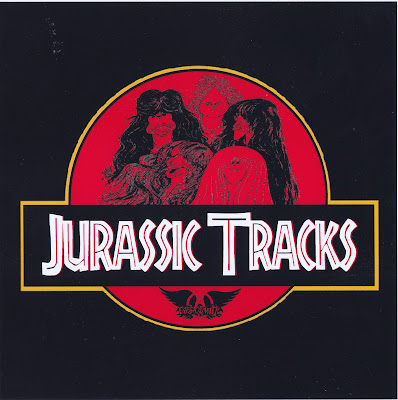 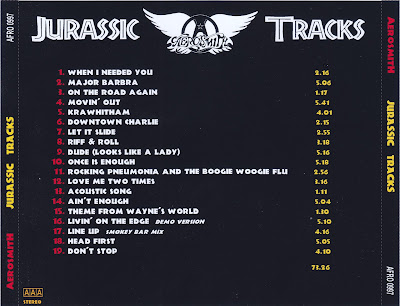 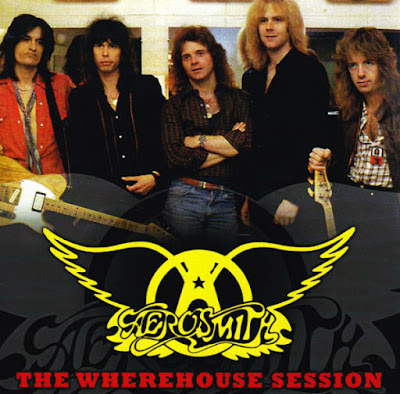 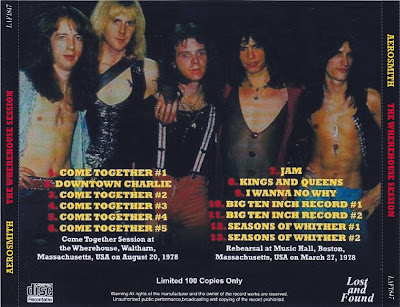 
Recorded at  :
Tracks 1-6
Session at the Wherehouse, Waltham,
Massachusetts, USA on August 20th 1978


Comments :
Aerosmith participated in the moviesoundtrack "ST. PEPPERS LONELY HEARTSCLUB BAND" in 1978 with"COME TOGETHER", but the sound source ofthat recording session was the firstappearance!In their familiar WHEREHOUSE STUDIOSrecording, the second song also featuredthe unreleased song"DOWNTOWN CHARLIE" which will laterbe included in "PANDORA'S BOX".This "DOWNTOWN CHARLIE" is the same take as the one recorded in "PANDORA'S BOX" but the mix is significantly different, and the credits are recorded in "PANDORA'S BOX" in New York the day before, but the exact location and date are Which is correct unknown.In the latter half, the rehearsal sound source at the Boston Music Hall was recorded on March 27 of the same year, but this was performedfor the live performed on the same day on the 28th and 29th the following day.Both are recorded with the perfect sound board sound source comparable to the official, and it is a startling item that recorded the studio session sound source of the 70's which was never before! 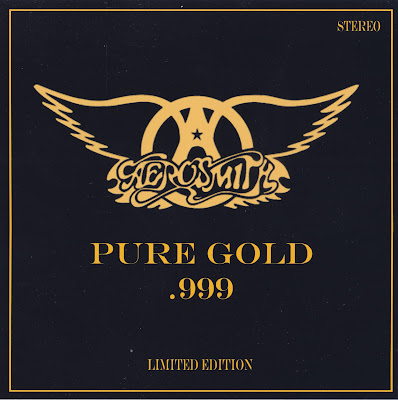 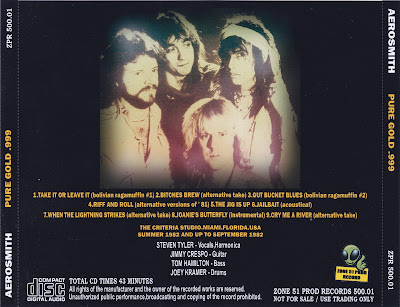 
Comments :
Soundboard recording
A collection of rarities and alternativeversions resulting from the recording
sessions of the album Rock in a HardPlace (1982). We can find devilish
instrumental versions of the songs thatwere included on the album, as Steven
Tyler was in a terrible state due to hisdrug addiction and was rarely seen in
the studio. In other shots you can alreadyhear the song more similar to the one
included on the album and even with thedecent participation of Tyler, but in others
we can hear it with the voice a little spoiled,babbling some lyrics or melodies.
the discovery of these oddities has been veryinteresting, citing for example the braving of"Take It or Leave It #13" (what would be"Bolivian Ragamuffin"), the alternative
instrumental version of "Bitches Brew" and"Gut Bucket Blues".
Out-takes from recording of 'Rock In A Hard Place' in Miami, The absence of Tyler during the some of the period is reflected by the number of tracks which are instrumental versions. A few have Tyler ad-libbing vocals.Gut Bucket Blues (instrumental) and Take It Or Leave It #13 eventually became Bolivian Ragamuffin.The alternate version of Bitches Brew is an instrumental.A version of Riff and Roll turned up on Pandora's Box but recorded at The Power Station, NYC in Sept. 81, a year earlier.
The version of Joanie's Butterfly is an instrumental which is how Crespo intended it`to be until Tyler added lyrics from a dream he had. Jailbait, Cry Me A River and Lightning Strikes are also primitive versions of the final songs. 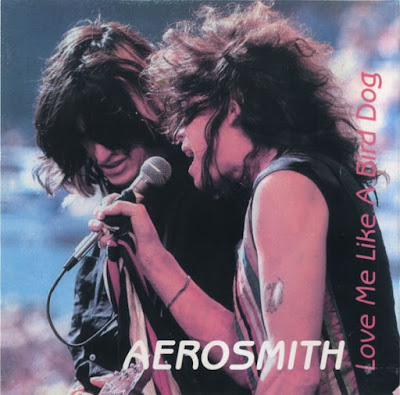 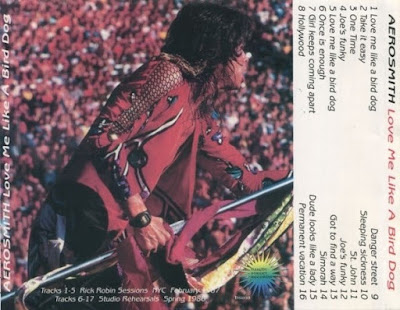 Format : 1 CDR. 17 tracks ~ 75 mins
Label : Haight Street Records ‎– HS010
01. Love Me Like A Bird Dog
02. Take It Easy
03. One Time
04. Joe’s Funky
05. Love Me Like A Bird Dog
06. Once Is Enough
07. Girl Keeps Coming Apart
08. Hollywood
09. Danger Street
10. Sleeping Sickness
11. St. John
12. Joe’s Funky
13. Got to Find Away
14. Simoriah
15. Dude (Looks Like A Lady)
16. Permanent Vacation
17. Hangman Jury
Recorded  :
Tracks 1 thru 5 : Rick Rubin Sessions,
NYC, February 1987
Tracks 6 thru 17 : Little Mountain Studios,
Vancouver, Canada Spring 1987
Comments :
Excellent demos and outtakes from the "Permanent Vacation" era. The date
detailed in the second setlist (spring 1986)is questioned, as Aerosmith was touring
"Done With Mirrors" from January toAugust 1986, and especially since the
release of DWM was not made untilNovember of '85. These tracks are
definitely after the first session in February 1987 and the period issupposed to be that of spring 1987, as "Permanent Vacation" was released in the summer of 1987. Apparently there were six tracks in the "Rick Rubin" demos that also included Hollywood. "Hangman Jury" is not on the cd. The cd features "Rick Rubin" as "Rick Robin". "Love Me Like A Bird Dog" seems to be the precursor to "Dude (Looks Like a Lady)".