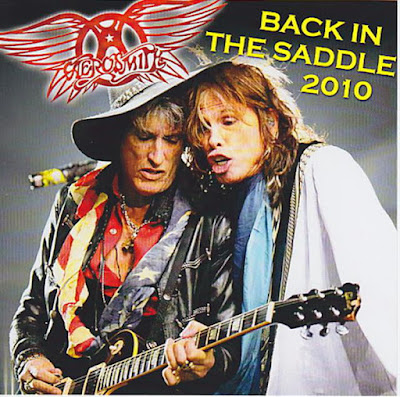 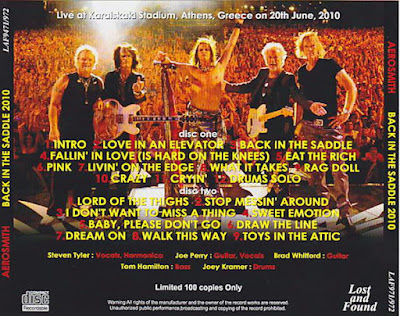 Comments:
Good audience recording
The show exceeded my already high expectations and was a really pleasant surprise. The
band was on top form, the setlist was well balanced between their earlier and later stuff
and the attendance was bigger than I personally expected. Thanks for this great show,
bad boys from Boston!
This was the first time I saw them. In 2007 I had booked tickets for the Heineken Jammin'
Festival in Venice, but 2 out of the 4 days were canceled because of a hurricane. I missed
Aerosmith, The Smashing Pumpkins (who were also to play in Greece on the same summer
but their show here was canceled because during that period there were many fires here),
Pearl Jam (who I have seen many times) and The Killers (whose Greek concert last year was
canceled because of a storm).
Publié par mothership51 à 8:58 PM